History of the USLSS

The men of the United States Life-Saving Service left the comfort of their sturdy stations and entered the battle.

They were called storm fighters, and they were called storm warriors. When wind and wave conspired to kill those who dared to tread upon the sea, the men of the United States Life-Saving Service left the comfort of their sturdy stations and entered the battle. With nothing more than wooden boats, cork life jackets and the oil-skin foul weather gear on their backs, they let their muscle, determination and bravery lead the way. Time and again they smirked in the face of danger, and stole back the lives of men who were supposed to be dead, victims intended to be claimed by shipwrecks caused by storms.

They had their roots in eighteenth century volunteer efforts in Massachusetts. The federal government took steps to back their efforts with equipment and buildings in 1848, and again in 1871. Men who had risked their lives to save others for nothing more than a thank you soon were rewarded with steady jobs, but concomitantly tasked with daily drills and other expectations.

By 1915, the rescuers of the United States Life-Saving Service - fishermen, lobstermen, crabbers, and others who grew up along America's shores - had saved more than 186,000 lives, becoming collectively the greatest institution of their kind in the world.

Video is 4 minutes and 50 seconds long and will give you a good understanding of the men and equipment of the service. 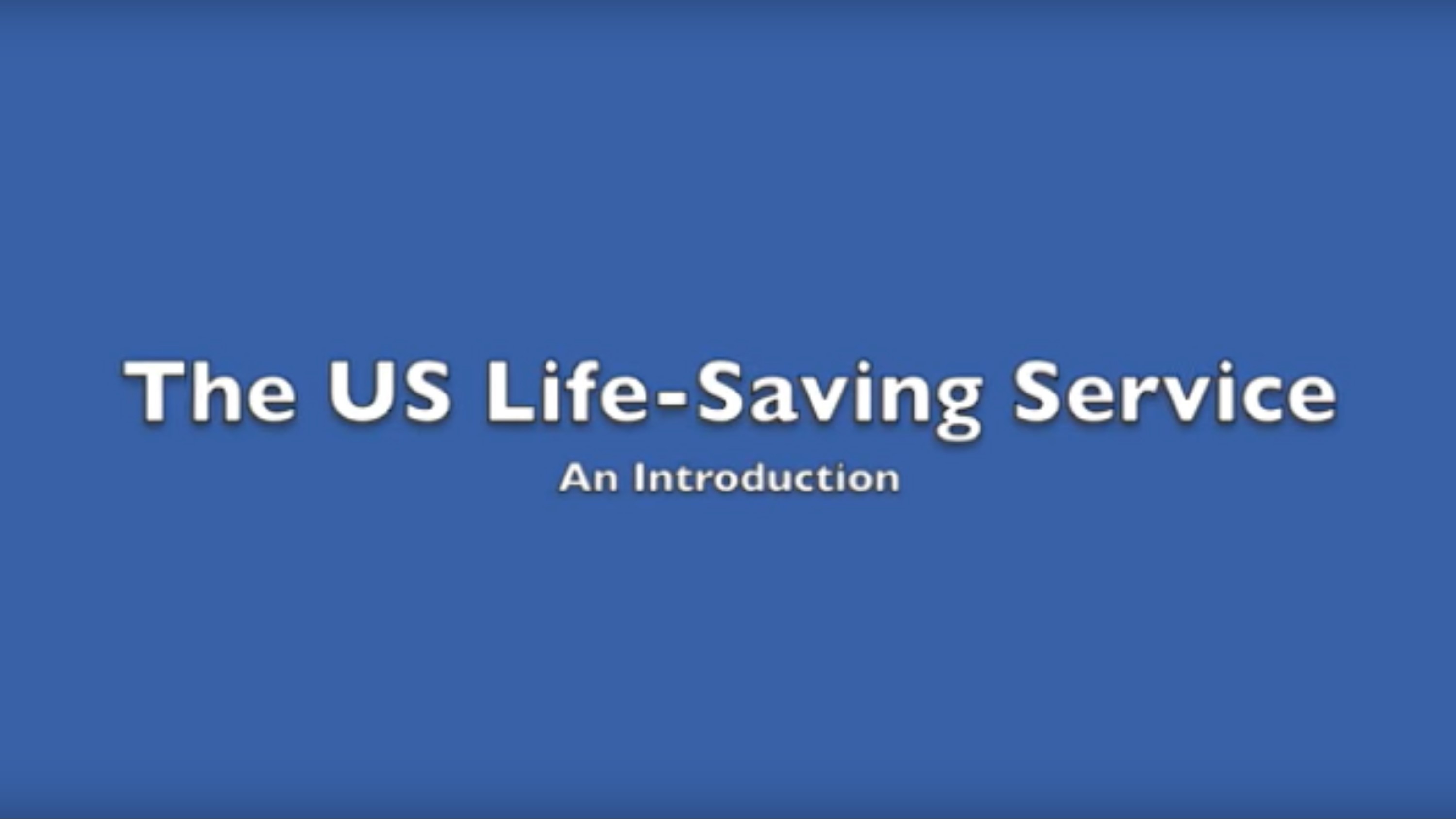 Read All About USLSS

To read a brief history of the USLSS, please download this informative history written by Dennis L. Noble who is a retired Coast Guard senior chief with a doctorate in history from Purdue University. He is the author of several books on the history of the Coast Guard, including That Others Might Live: The U.S. Life-Saving Service, 1878-1914, Lighthouses and Keepers: The U.S. Lighthouse Service and its Legacy and Lifeboat Sailors: Disasters, Rescues and the Perilous Future of the Coast Guard’s Small Boat Stations.

You can Help Preserve History

The U.S. Life-Saving Service Heritage Association helps with station and artifact preservation issues, educates the general public and educates communities all over the country, each and every single day. Click on the text below that you are interested in.

Become A Member of The USLSSHA