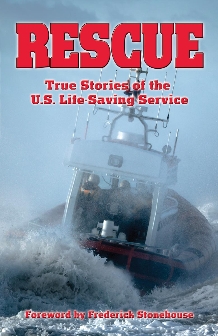 The United States Life-Saving Service Heritage Association is proud to present its second collection of writing on the history of life-saving in America: Rescue: True Stories of the U.S. Life-Saving Service. This compilation features a foreword by Fred Stonehouse, and all of the following articles: