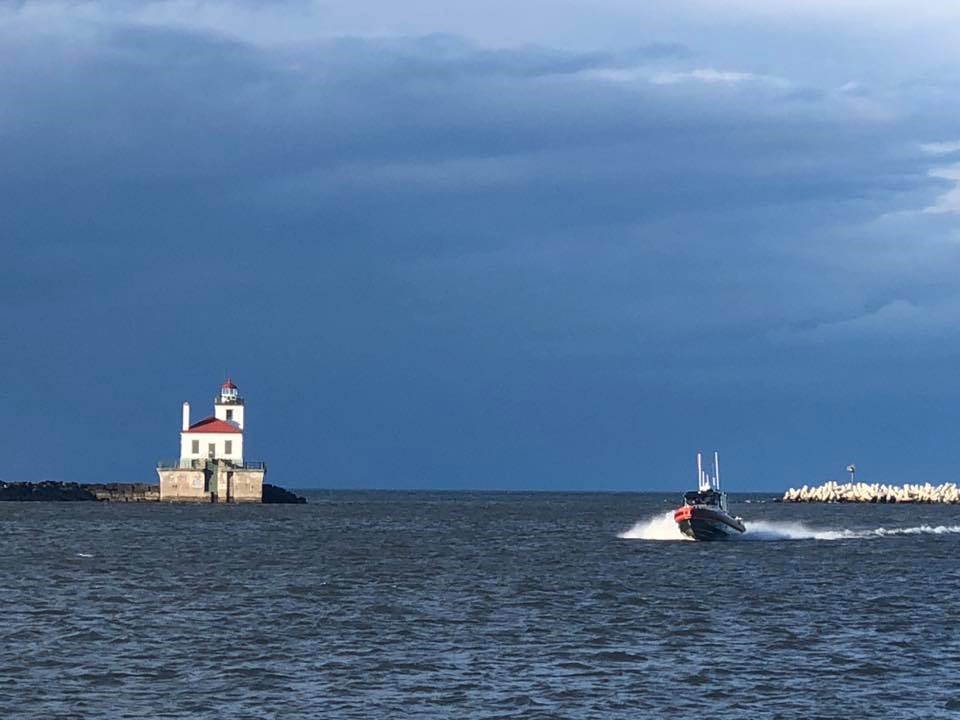 Since our annual membership meeting will be in Rochester, New York, I’m continuing to seed the minds of our readers to consider meeting in September for the annual conference.  Summer has come to the Great Lakes and including photos of Lake Ontario will help you begin to plan your trip for the end of September.

I will provide you statistics from our organization’s membership chair.

This is a volunteer-run organization putting out a first-rate magazine, a fine monthly newsletter, and pursuing special projects like the Station Inventory and Surfmans’ Registry.  You get access to all this and more when you join or renew.

If you have not had a chance to join or renew, please click this link to find out how to take action.

There are multiple ways to support the USLSSHA. You can purchase a membership for yourself, gift one to someone else, or sponsor a Small Boat Station.  For all of you who are not yet members, we would love to have you join us in our mission to promote, preserve, and interpret the history of the Lifesaving Service and early Coast Guard.

If you were looking for a link to a chronology of Coast Guard History here is that link.  I will leave it permanently on Life Lines for you to access each month. I found this really useful and interesting. https://www.history.uscg.mil/research/chronology/ 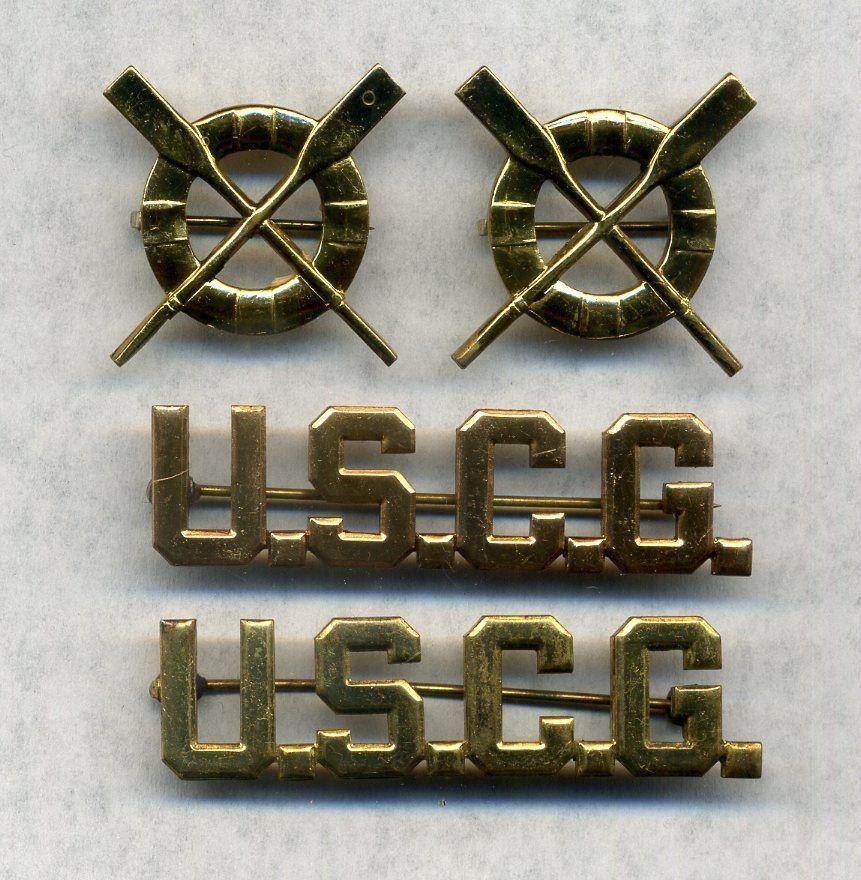 The USLSSHA is aware that several other members of our organization have done research on specific stations in regards to developing a surfman registry. The goal of the USLSSHA’s National Surfman Registry Project is to have a complete roster for all of the USLSS Stations from their beginning through the 1940 time frame. Once completed it can be searched by those looking for family members and follow where they served, or to be used for those conducting research.

If you are working on a similar project please let us know so that we can share the format that we have created for this project.  If you are interested in helping with the research, let us know. We will be happy to explain the process we are using when we go into the National Archives. Since we are using the Station Logbooks as our primary information source, if you live near national archive sites Boston, Atlanta, Chicago, San Francisco, or Seattle and are interested, we’d love to get you involved.

If you have done research at the National Archives before, we can bring you up to speed quickly. If you’re a novice, we will gladly work with you. All you need is the time, a digital camera and patience. Perhaps if there are multiple individuals from the same area interested, we could put them in contact with each other and form teams.

If this project interests you and you would like more information or to get involved, please feel free to contact Steve either by email or phone. 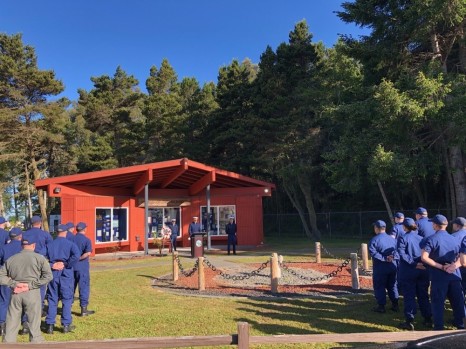 The Canadian sailing vessel, Ezara-2, contacted the Coast Guard reporting they had five people aboard and their vessel had become disabled in 25-foot seas and 45-knot winds.

The helicopters provided the Ezara-2 with radios and a sea anchor, which stabilized the sailing vessel. Some of the Ezara-2’s crewmembers were injured and the boat was damaged due to heavy seas, forcing the Ezara-2 crew to abandon ship into a life raft. 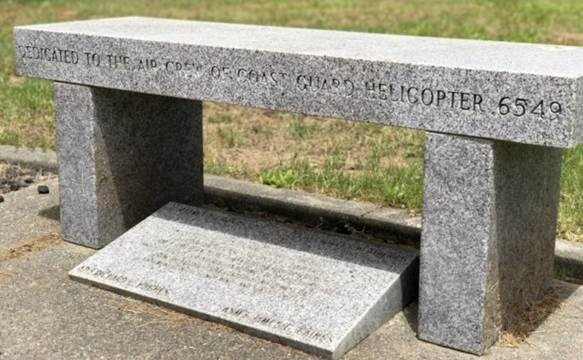 This photo shows the CG-6549 Memorial at Coast Guard Sector Humboldt Bay. The memorial honors the crew of CG-6549 who were lost on June 8, 1997 in an effort to rescue mariners in distress approximately 60 miles West of Cape Mendocino, California. (U.S. Coast Guard — Contributed)

The Edisto arrived on scene through heavy seas and recovered all of the Ezara-2’s survivors from the life raft and began searching for CG-6549.

Scattered debris from the helicopter was located in the area and the main fuselage was recovered on the ocean floor over a month later. The crew of the 6549 was lost at sea.

“The crew of Coast Guard 6549 made the ultimate sacrifice in an attempt to save the lives of those in peril on the sea,” said Cmdr. Brendan Hilleary, the Sector Humboldt Bay response chief. “Let us always remember these men that their sacrifice may stand as an inspiration to all of us who continue to stand the watch.”

The House committee authorizing Coast Guard activities approved a measure that would guarantee the service’s active duty and civilian personnel are paid in the event of a federal government shutdown, as part of a two-year spending authorization bill.

The House Transportation and Infrastructure Committee included the Coast Guard pay amendment in its markup of the Coast Guard Authorization Act of 2019, which received broad support from lawmakers on both sides of the aisle. The House version authorizes Coast Guard spending through Fiscal Year 2021.

“The federal government may have been partially shut down earlier this year, but the brave men and women of the U.S. Coast Guard were still 100-percent on the job—in the dead of winter no less—carrying out life-saving rescues, interdicting drugs at sea, and doing whatever was necessary to keep our coastal communities safe,” Rep. Peter DeFazio, (D-Ore.) said during the hearing.

“It’s absolutely outrageous that our country held their paychecks hostage due to a partisan fight in the nation’s capital that had nothing to do with the Coast Guard or its missions. I want to make sure this hostage-taking never happens again, and that our country properly honors the members of the Coast Guard who prove each and every day just how critical they are to the safety and well-being of our nation.”

In December, several federal government agencies, including the Department of Homeland Security which oversees the Coast Guard, were shuttered for 35 days until Congress and the White House agreed to a FY 2019 funding bill. During the shutdown, about 41,000 active duty Coast Guard members, 6,000 reservists and 8,500 civilian employees were not paid. The Department of Defense spending bill passed before the fiscal year started and therefore DoD employees were not affected. 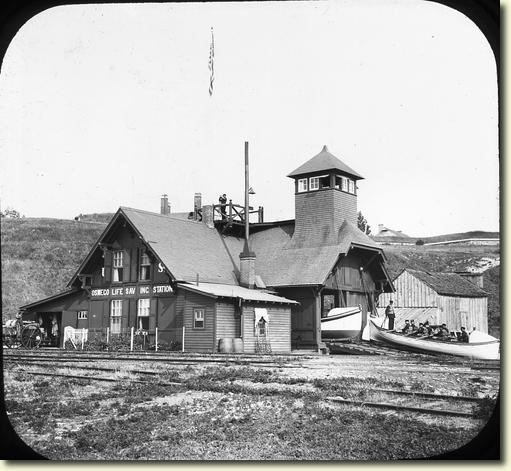 The 2019 Annual Conference and Meeting will be in Rochester, New York.  The dates are September 26-28, 2019.  We’ll travel east on the Seaway Trail to Oswego one day and west to Niagara one day. We’ll also spend one day in the Charlotte area (suburb of Rochester).

The conference hotel is the Holiday Inn Express, 850 Holt Road, Webster, NY. They are holding 20 rooms for us: 10 with double queen beds and 10 with a king bed. Dates for the reservations are Wednesday, September 25 – Saturday, September 28. The nightly rate is $119 plus tax. To make reservations, call 585-872-0900 and tell the front desk you are part of the U.S. Life-Saving Service Heritage Association. The hotel offers a free breakfast; and is located close to a pond with walking trail. This offer ends August 26, 2019. BOOK NOW!

In Oswego we’ll tour the H Lee White Maritime Museum and their 1943 tug boat. On to Fort Ontario which is on the bluff just above the site of the former 1876 Oswego Life-Saving Station. We’ll hear about the life-saving stations in that area, the USCG moving boats on the Erie Canal and the 1942 incident which took the lives of 6 Coastguardsmen.

Our tour west will begin with a 2 hour boat ride on the Erie Canal which will take us past five of the original 1800’s locks. Next will be a tour of Station Niagara, built in 1893, and still in use as a CG station. In the works is a brief stop at Niagara Falls to see the site of a dramatic breeches buoy rescue in 1918 performed by the crew of Station Niagara.

Saturday will be our business meeting followed by a presentation by Francine Glassic who has dedicated years to researching surfmen burial sites.  We’ll head north to the Coast Guard Auxiliary facility in Charlotte. Then on to Station Rochester.

The dinner and auction will be at the Rochester Yacht Club, next to the site of the original 1876 Charlotte LSS. BRING ITEMS FOR AUCTION!

Watch this site and Wreck and Rescue for more information.  Mark your calendar now.

If you have a story to submit for the next Life Lines please contact us through our website.  https://uslife-savingservice.org/contact/

Also consider joining the Life Lines staff.  We are now three and more are welcome to join us.  If you wanted to have a role or contribute to the organization this is your opportunity to do so.