Rescue: True Stories of the U. S. Life-Saving Service
This is the second collection of articles originally published in Wreck and Rescue Journal. The book is edited by John Galluzzo, and contains an introduction by Frederick Stonehouse. The following is a partial list of topics and authors. 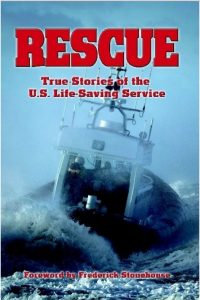